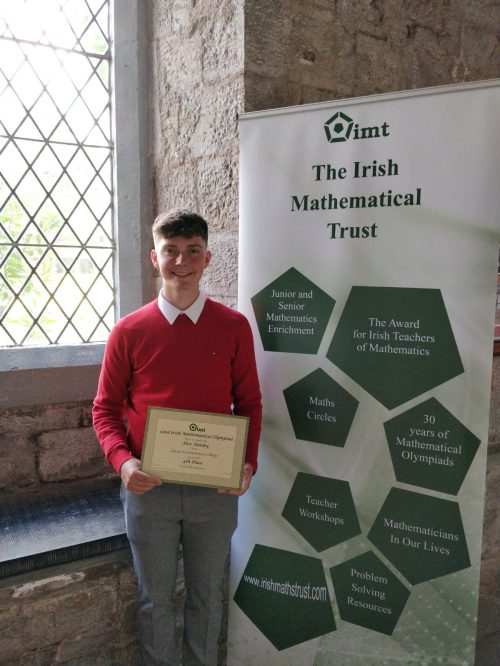 Lucan Community College student Alex Hanley, has achieved 4th place on the Roll of Honour in the Irish Mathematical Olympiad and now qualifies to compete for Ireland in the International Maths Olympiad in July.

The International Maths Olympiad is the world’s most prestigious maths competition for school students, and many leading mathematicians are past participants. The competition will take place over two days in Bath, UK in July. It involves tackling very difficult mathematical questions which require ingenuity to solve.

Alex, a current 5th year student in Lucan Community College, will join a team of five other secondary school students from Ireland who will compete on the world stage in this exciting competition. 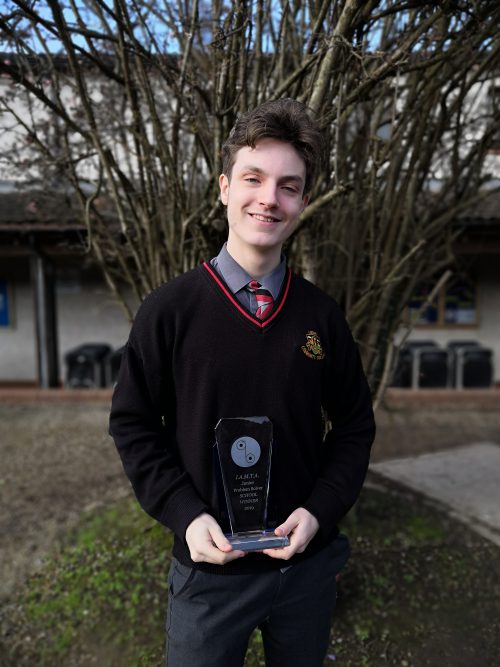 They will now go on to represent the school in the National Final on 23 March. 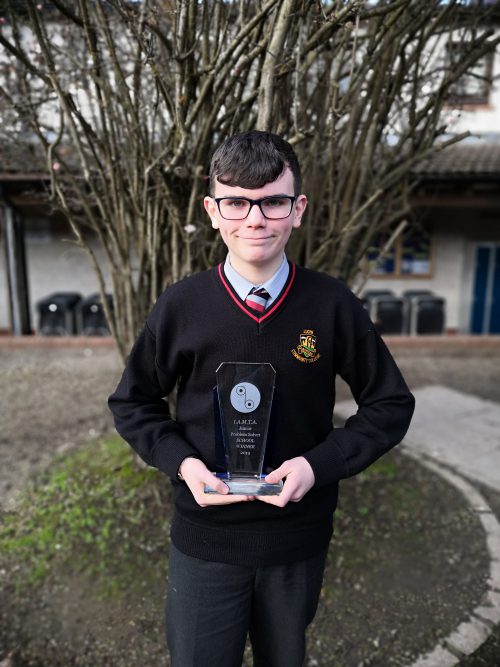 We wish them every success as they prepare for the national final! 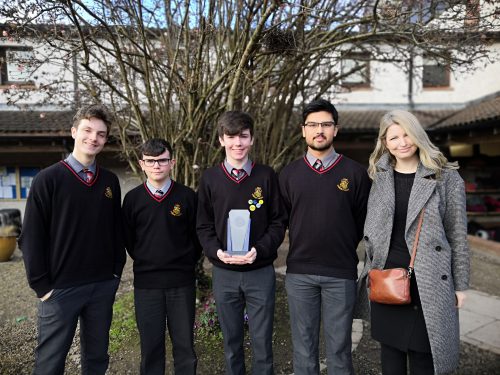 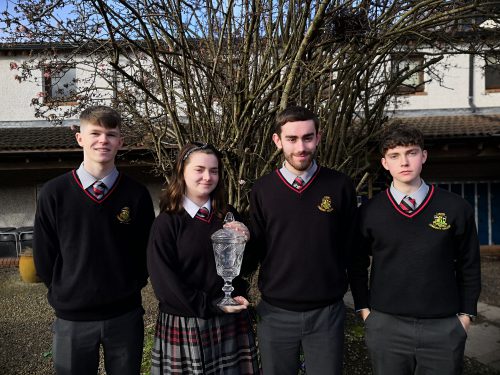 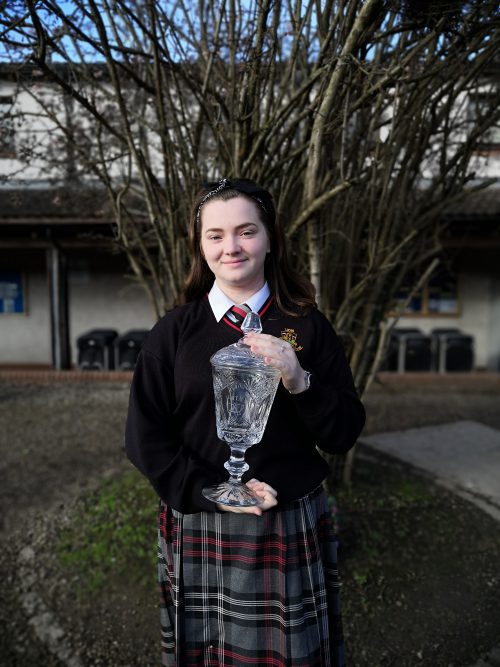 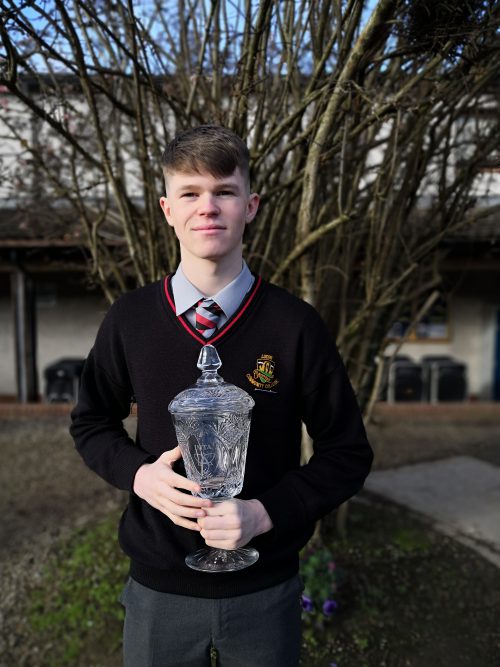 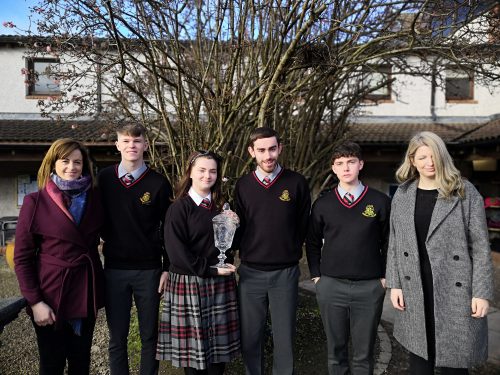 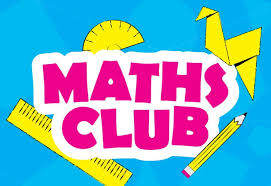 A new maths club has just started in the college with the aim of helping those who need it most.

The Maths Club will run each Thursday at lunch in H6.

The club will be led by the Maths Department and Ms McKelvey and will see Transition Year students coach Junior Cycle students in developing important mathematical skills.

The Maths Club is also a perfect opportunity for first year students to come a try new and challenging areas outside of the maths classroom experience.

We are so thrilled that our amazing students want to help others and we wish them every success as budding trainee teachers! 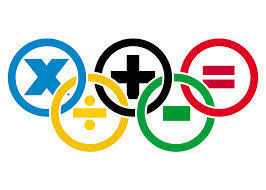 Best of luck to Alex Hanley, 5th year, in this weeks Round 1 of the British Maths Olympiad (BMO) which takes place this coming Friday November 30th, 2018

Alex is already a member of the Ireland Mathematics Olympiad Squad and will again represent his country in the Friday’s Maths Olympiad.

Best of luck Alex – we are all behind you. 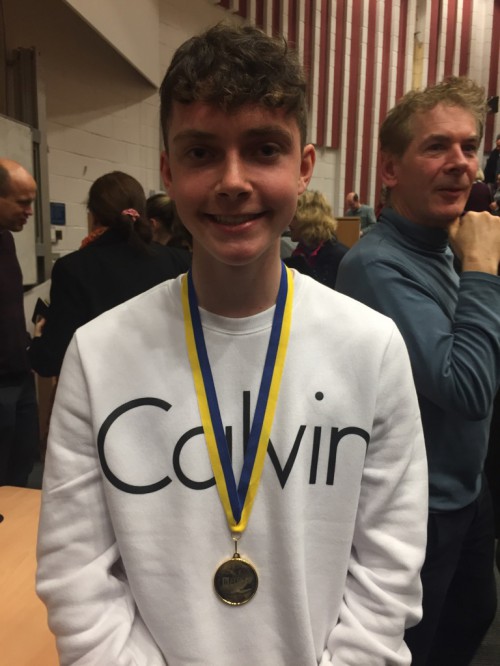 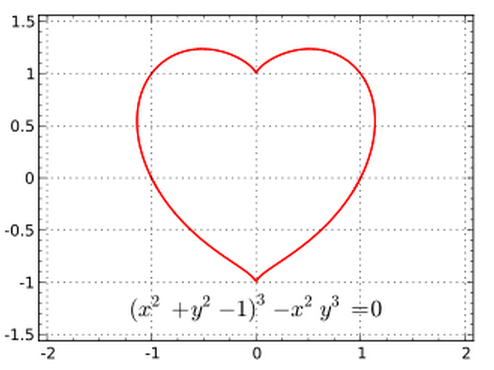 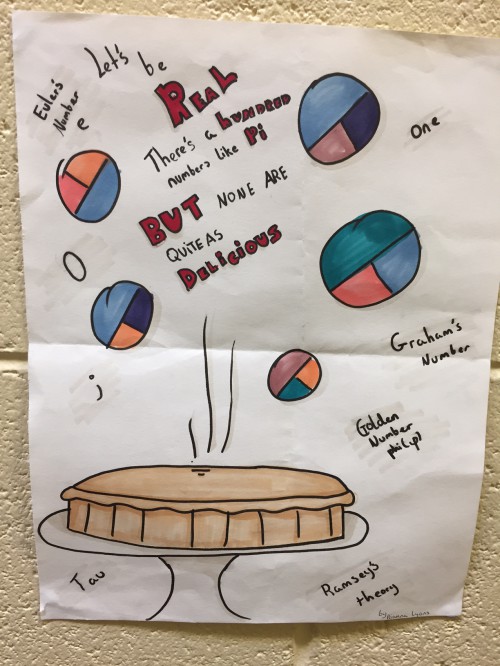 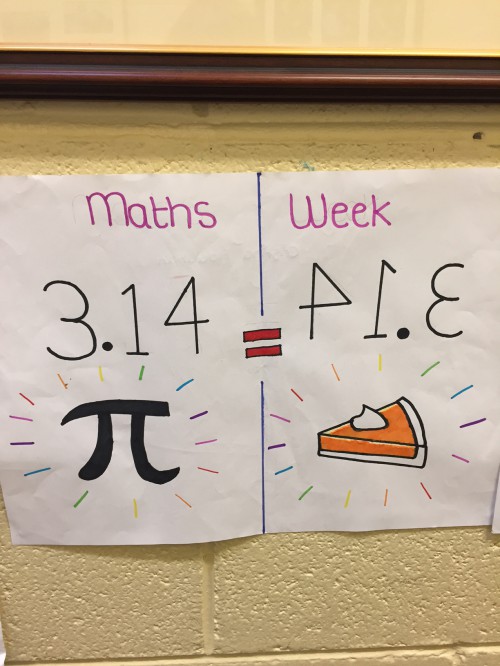 Also contributing to the Maths Week 2017 fun was Ms Ryan, who involved her 2nd year home economics students in the baking and decorating of an imaginative and varied selection of maths themed goodies. This certainly added to the whole school nature of Maths Week as it drew to a close last Friday. 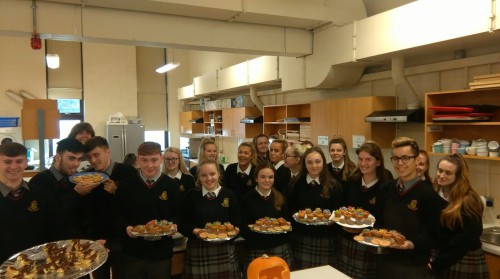 Almost 250,000 students registered for Maths Week Ireland, with Lucan Community College placing 19th in the country for the Manga High Ninja Maths Challenge. This truly was a remarkable achievement.

Congratulations to all the students who were so enthusiastic with their involvement. Particular mention goes to the 23 students in first and second year who worked so hard they will receive an actual medal from the Mangahigh Ninja Maths organisers.

Congratulations to Teighan Fitzgerald from 3rd year class Hume who won the overall maths puzzle competition. Thank you to Ms Byrne and all the dedicated members of the maths department for their enthusiastic delivery of such a great fun-filled school event.

Congratulations to two Lucan Community College students who have been announced as finalists in the IrEUSO national competition based on their outstanding Maths and Science Junior Certificate results. The college congratulates and wishes best of luck to Alex Hanley (Transition Year) and Oisín O’Sullivan (5th Year) as they prepare for this unique and prestigious competition.

Next year’s EUSO International Science Olympiad will be held between the 28th of April and the 5th of May in Ljubljana, Slovenia. We wish every success to both Alex and Oisín as they attempt to make the grade for Slovenia.

Congratulations to 6th year students Eric Neville and Abraham Odukoya who won the Kildare regional Applied Mathematics Competition after a nail-biting tie-breaker round. Eric and Abraham will now represent the school in the National Final in few weeks time. We wish them the best of luck.

🗓️Reminder that the CAO change of mind DEADLINE is the 1st of July at 17:00! ⚠️That's in 3 days' time! 🕒Make sure your application is absolutely correct on 🔗http://cao.ie