Congratulations to our senior Gaelic football team who won their match against Balbriggan last Friday. Lucan CC 3-9 Balbriggan 2-5. Thanks to teacher Mr. Carey.

Well done to the Junior Girls Camogie team for their 7-10 to 0-3 win against Coláiste Chilliain last Friday. All the girls played really well, and it was a great way to kick of the new Camogie season. It was the first school match many of the girls played and they did an amazing job. Thanks to teacher Ms. Sexton.

Athletics is up and running! – Report by Róisín Duddy

Want a way to improve your fitness and make friends in the process? If so, I would highly recommend athletics! Athletics at Lucan CC started up again last Wednesday. It was wonderful to be back running on the track, and to see students pushing themselves in their training. There was a positive atmosphere with everyone cheering each other on. All levels of fitness and ability are welcome! Thank you to Ms. McCormack and Ms. Collins for organising the training. Our U-16 hurling team took on Coláiste Pobail Setanta last Tuesday. The final result was Coláiste Pobail Setanta 1-8, Lucan Community College 10-13. This represented a comprehensive victory for our hurlers. The team is now top of the group with a home quarter final to look forward to. Thanks to teachers Mr. Foley and Mr. Callaghan.

On Thursday 11th of November Boys Basketball matches returned. The U-19 boys travelled to Salesians to play their first game in the league. The boys got the opportunity to showcase the new kit recently purchased by the school (Thanks Ms. Birnie!) but unfortunately, they lost by a single point in a highly contested game. Top scorer was Alex Geissel. On Tuesday last the U-16 and U-19 boys played Celbridge Community School. The U-16’s won but unfortunately, the U-19’s missed out. Thanks to teachers Ms L Quirke, Mr. MacGrianna, Mr. Clancy and Mr. McAnerin. 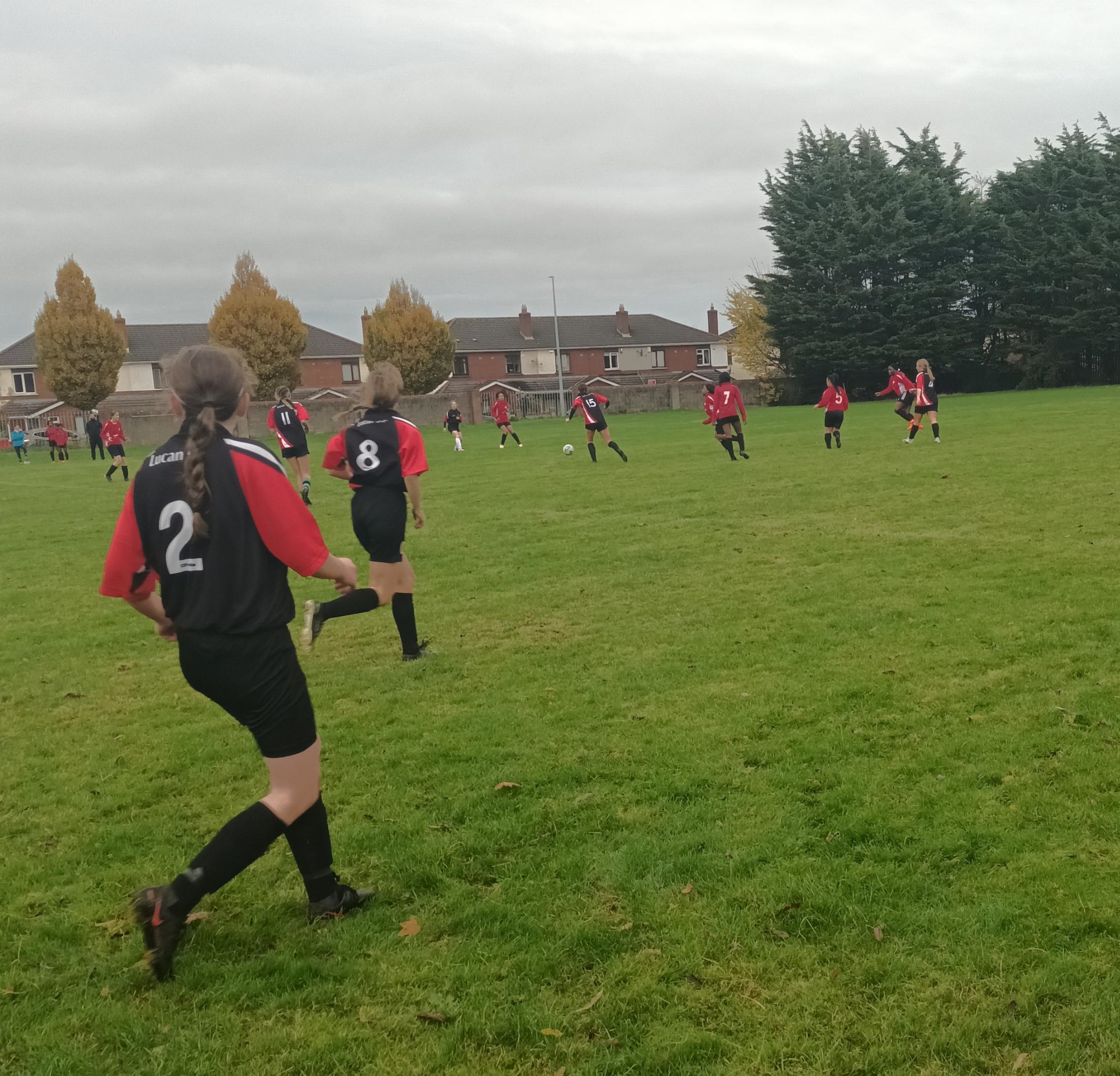 Well done to the Senior Girls football team for their impressive win against Adamstown. It was a great team performance. Well done to Sarah Winders, Clodagh McDonnell and Amy Green who each scored two goals and to Abbie O’ Kelly for scoring a hattrick! A very good match as Adamstown was a very tough side to beat. Thanks to teachers Ms. Dowling and Ms. Collins.

OTHER EVENTS IN LUCAN CC THIS WEEK 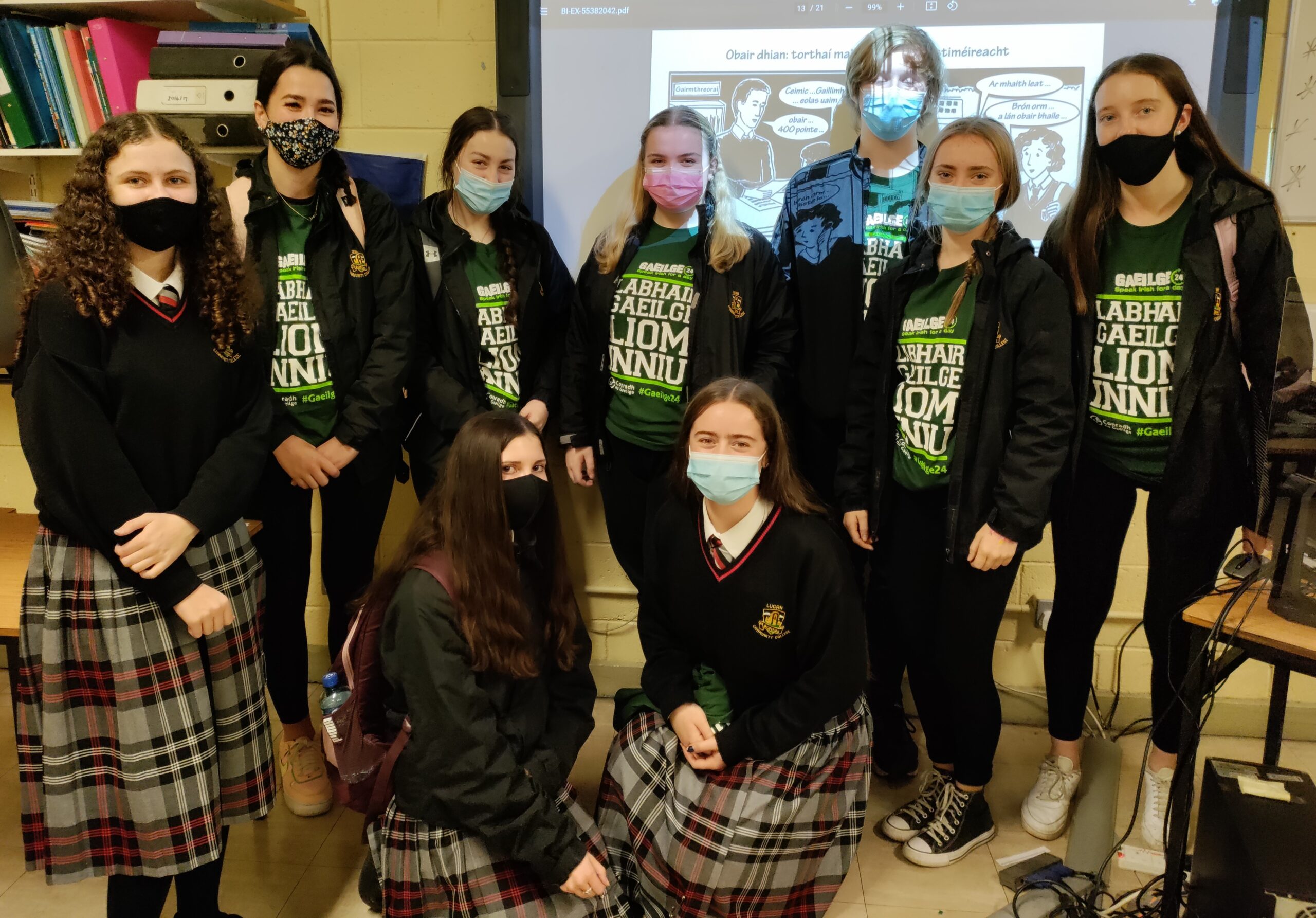 Monday 15th November marked the beginning of ‘Stand Up Week’ in Lucan Community College. The occasion was marked by a “Raising the Flag” ceremony. Students raised the pride flag at the front of the school and said a few words. Posters were designed by students and placed around the school showing our support for the LGBTI+ community in the school and around the country, as well as ensuring there is plenty of colour on the walls! Thanks to the Diversity Team and to teacher Mr. O’Donnell. 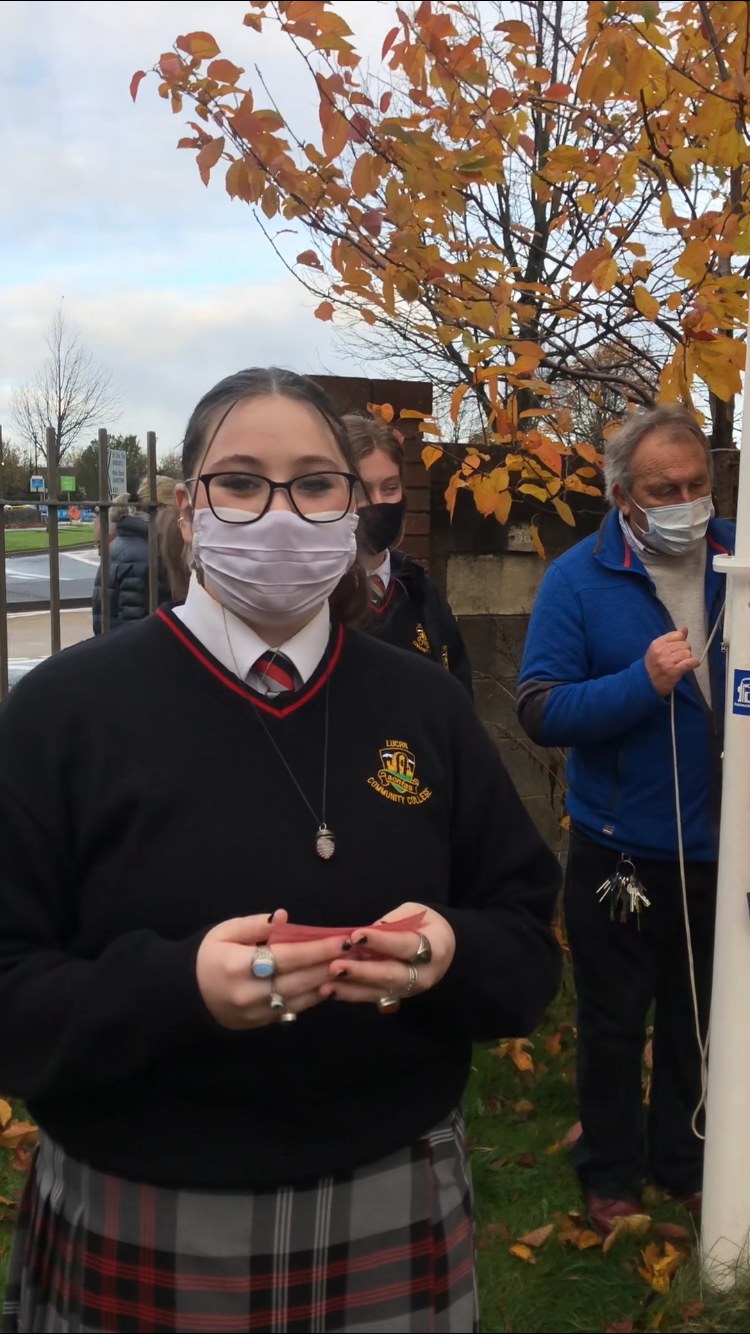 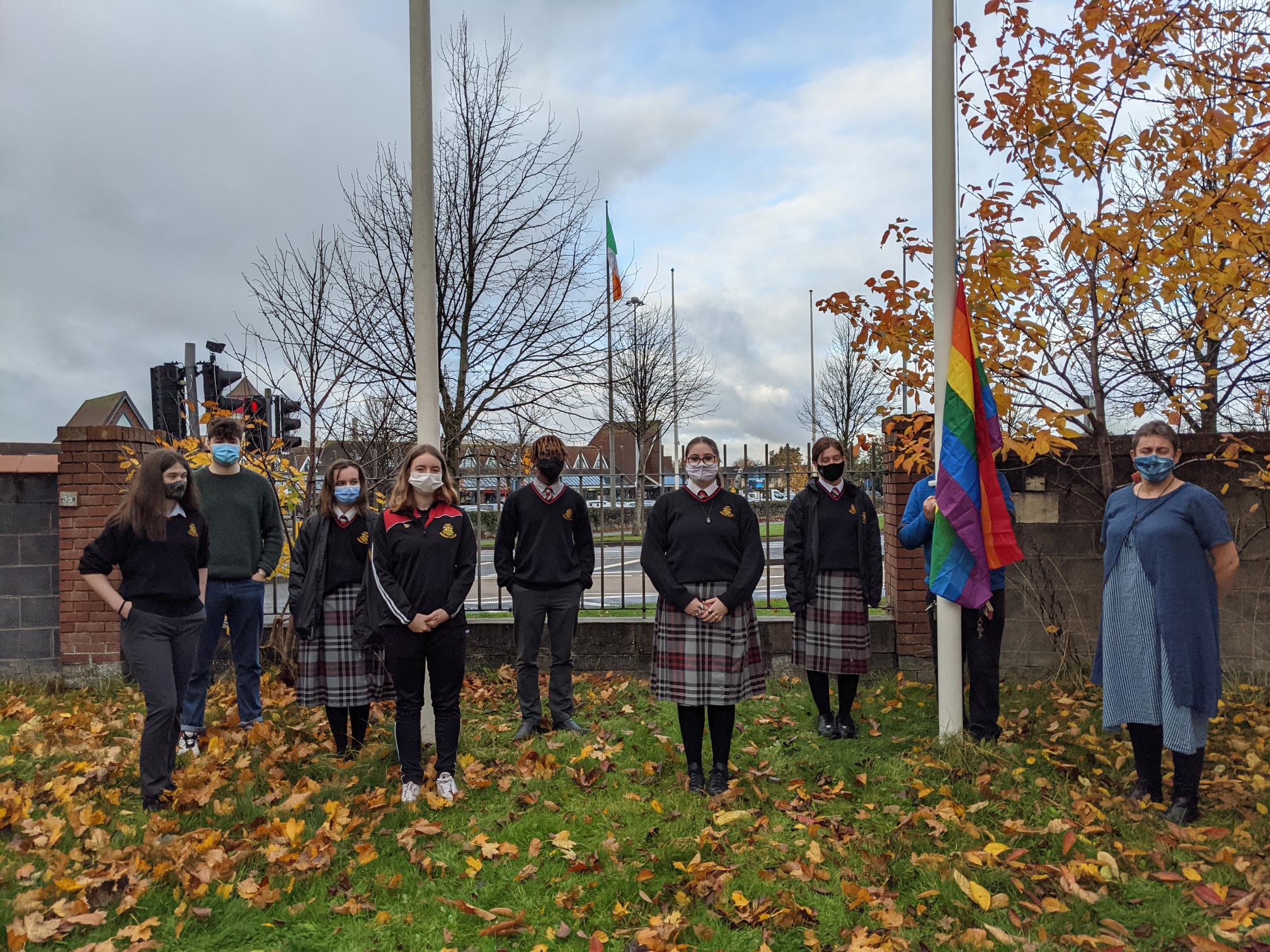 Some of the lovely posters produced by students Well done to 5th and 6th year Politics and Society students who organised and participated in a mock General Election last Monday for the Dublin Mid-West constituency which takes in Lucan. Sixty-six votes were cast between staff and students. Excitement is building as we await the results. The count will get underway on Wednesday 17th at 12:50pm. Thanks to teacher Ms. McCarthy. 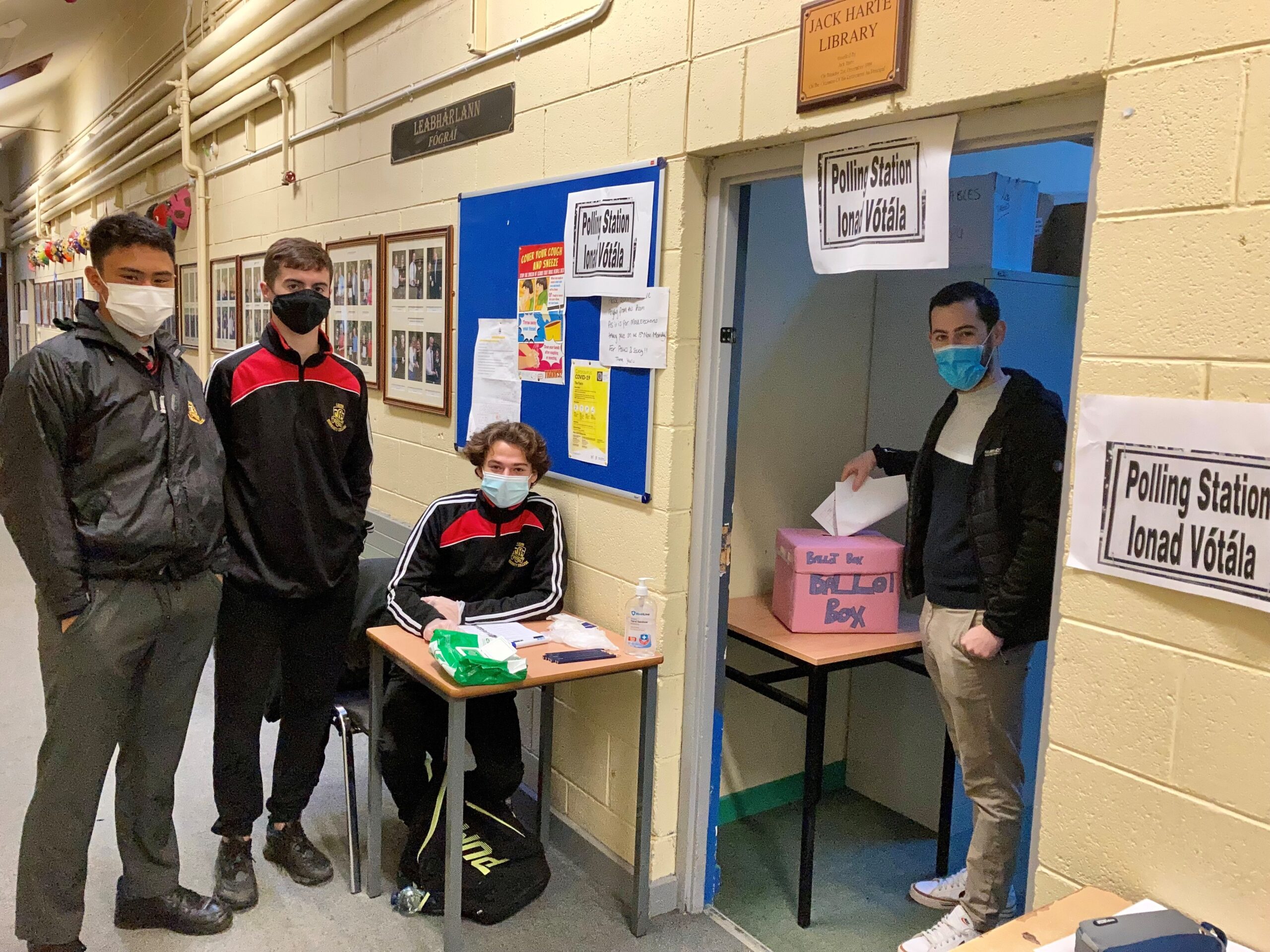 CSPE students learned about COP26, where leaders from around the world met to discuss solutions to climate change. Students heard from young activists such as Greta Thunberg, calling on world leaders and demanding action now. Students discussed small things they can do each day to make a difference and tackle climate change! Thanks to teacher Ms. Flanagan. For the past few weeks in geography club, we have been studying volcanoes. This week we had a particularly explosive time! Our lovely teacher Ms Flanagan gave us a challenge to construct our very own model volcanoes that would actually erupt. In our groups we used papier-mâché and other recycled materials such as plastic bottles, cans, tissue and paint. We were given two choices of what we would use to make this chemical reaction. The two options were coke and mentos or baking powder and vinegar. They all turned out well we all had a great time out on the football pitch watching them erupt and go everywhere -even if the vinegar was extremely smelly! Thanks to teacher Ms. Flanagan. 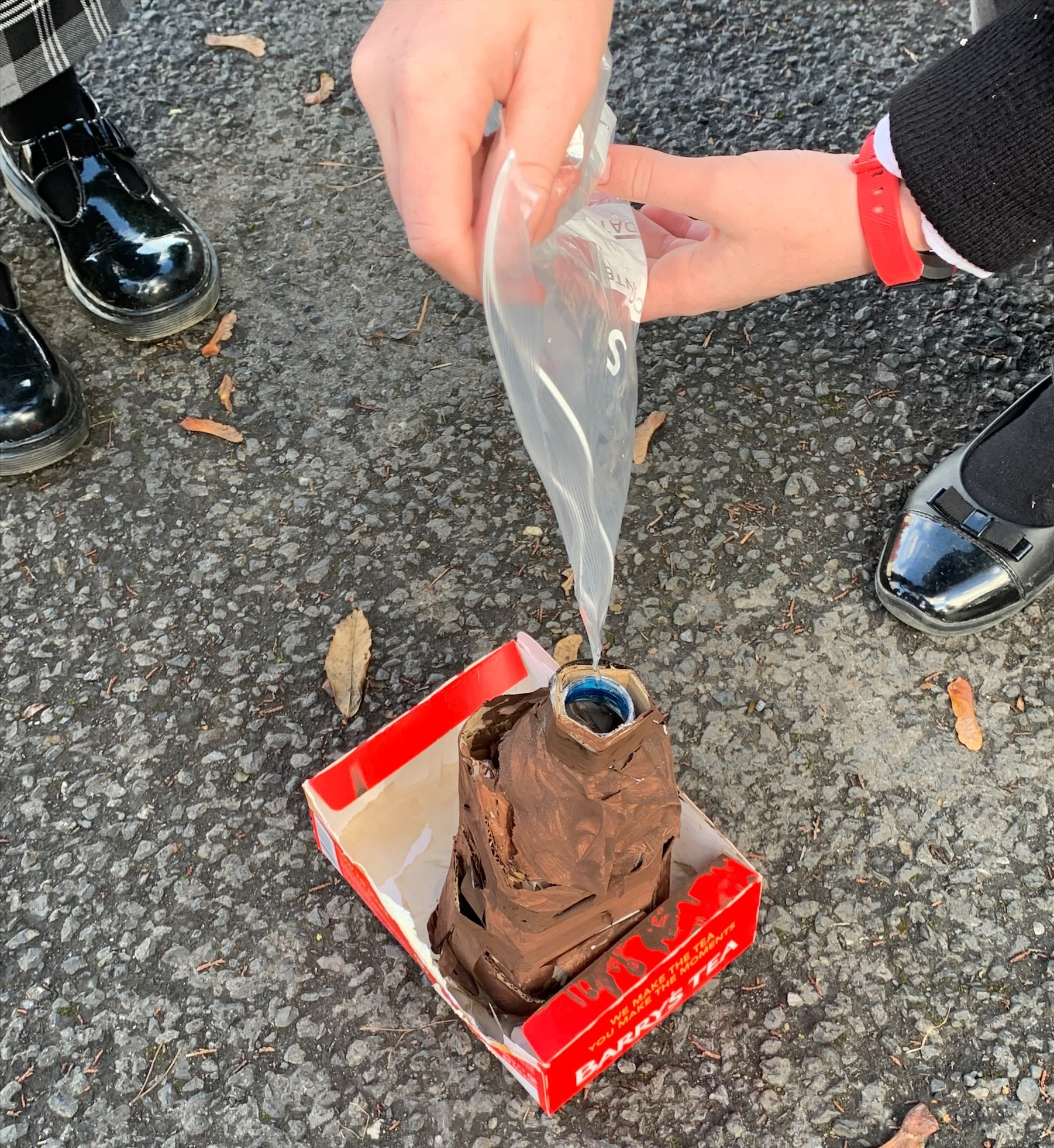 On Monday 15th and Tuesday 16th November, all 3rd years enjoyed a Boost Your Wellbeing Workshop delivered by Mr. Evan Costigan from Brainbox.  The topics covered were: 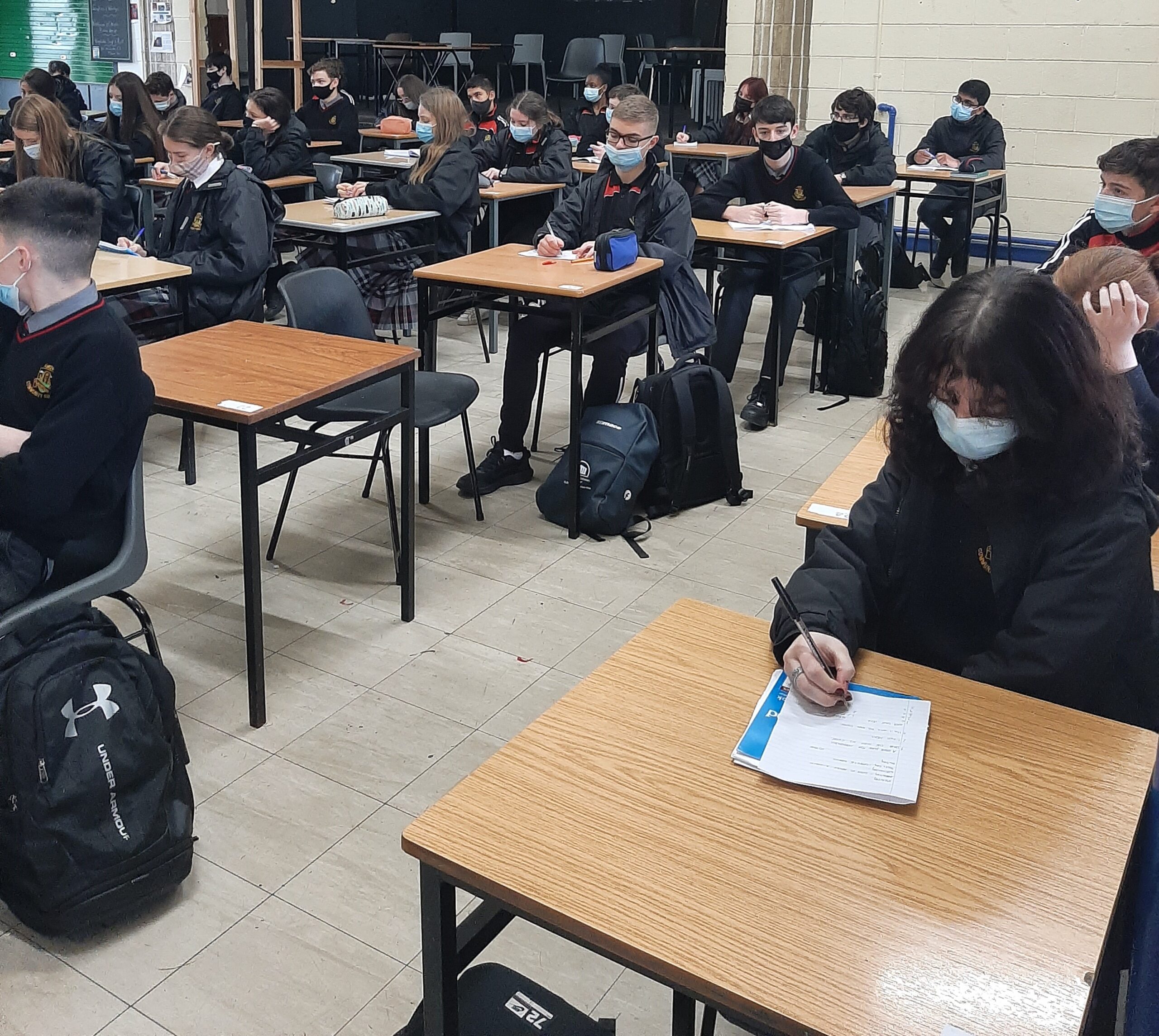 Students learned some very useful tips and strategies for study and self-care as they progress towards the Junior Cycle exam. Thanks to Year Head Ms. Casey for organising. 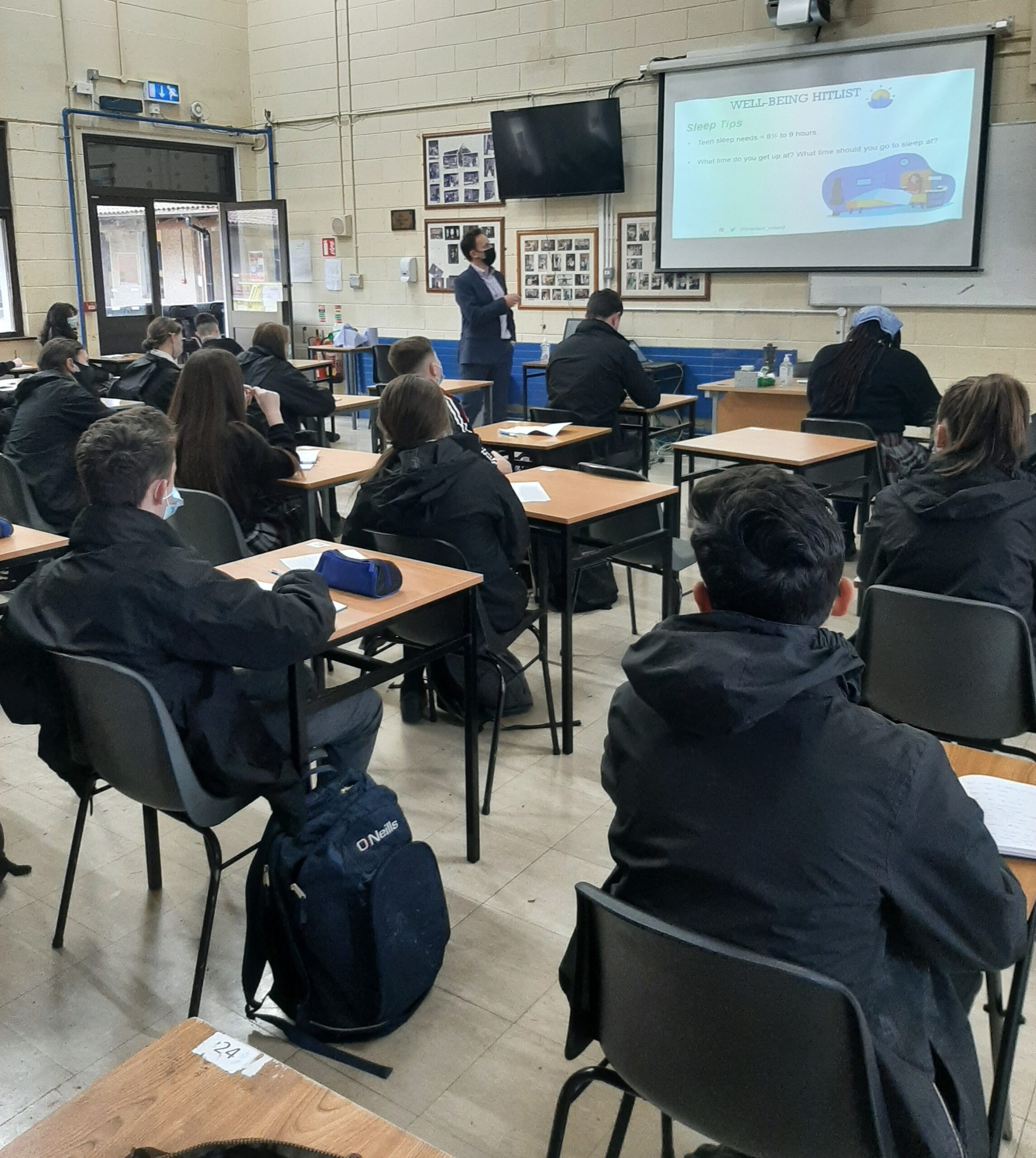 For the past week, several members of the Green School committee have been picking up litter during the class after lunch. We did this clear up on Monday, Thursday, and Friday. Four members at a time went out clearing the areas that are used mostly during lunch such as The H area, the pitch, and the Memorial Garden. A big thanks to Ms. Cunningham for organizing this clean-up. If anyone is interested in joining the Green School Committee, contact Ms. Cunningham or come to C4 at the beginning of lunch on Fridays.

Thank you to all contributors and a special thank you to our student journalists!