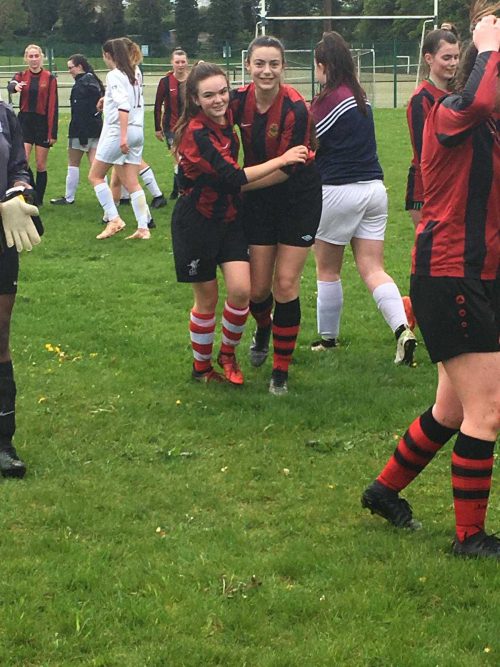 On a night where Tottenham Hotspur struggled for goals, the Lucan CC senior soccer girls certainly didn’t as they ran out 5-2 winners in the Leinster Division 1 semi-final against St. Mary’s Naas. As the April showers poured down so did the goals.

Rivalling the fastest goal record recently set by Shane Long, Amy Green, fresh off a plane from Italy, opened proceedings within the first 30seconds of the game. There were no signs of jet lag as Amy burst in to the box to tap home from close range. It was a great start for the girls who showed no signs of rustiness following on from the Easter break. 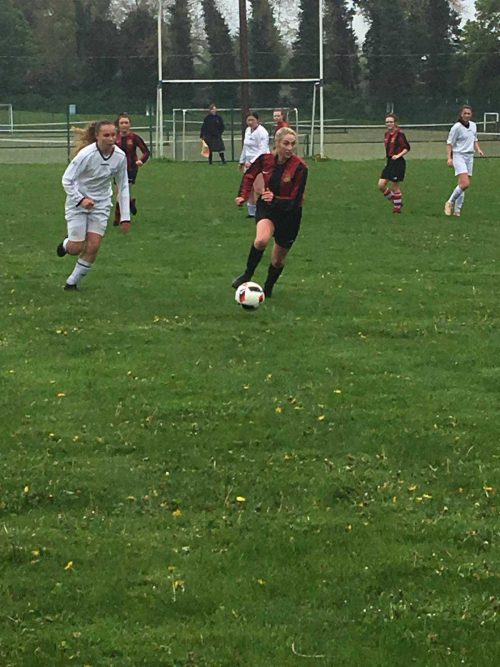 Although it is great to score early, there was still another 79 minutes to play. St. Mary’s were still in the game, having home advantage on their side. But with a chance of making Lucan CC history, the girls continued to push to secure a place in the final. Shots reigned down on the St. Mary’s goalkeeper who made a string of great saves. The second goal came from a dangerous corner whipped in by Zara Lawless with Emma Fallon applying the finishing touch to make it 2-0. It wasn’t long after until Lucan went 3-0 up with a calm, Thierry Henry-esque finish from taliswoman and captain Nicole Smyth.

The tempo and intensity of the LCC girls dropped after that, with minds switching to the final, and this allowed St. Mary’s to pull a goal back after a lapse of concentration in the Lucan rearguard. The game wasn’t over and half time was a perfect time to remind the girls of this. St. Mary’s were still in the game. The champions league final in 2005 could not be forgotten. Liverpool came back from 3-0 down. St. Mary’s could easily do the same. 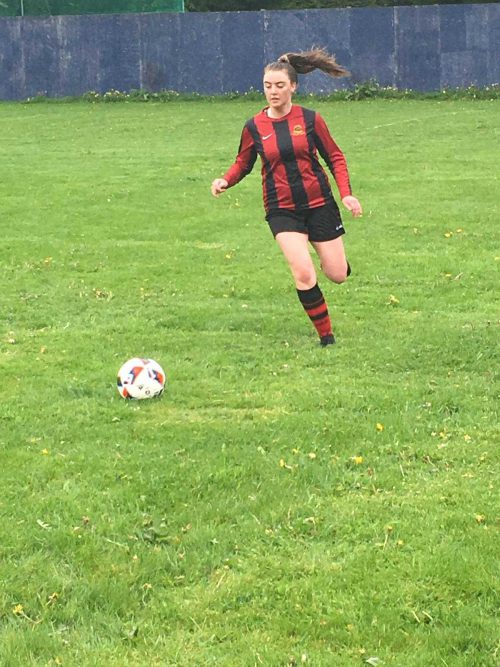 This encouraged the girls to step up another level with another quickfire goal coming after the break. Again a well-timed run in to the box and precision cross resulted in Hannah O’Reilly tapping in from close range.  Due to the wet conditions the majority of the second half was a midfield battle with very few chances coming either way for a time. With Aoife Hanley and Emma Fallon marshalling the midfield it was Lucan who eventually won the battle allowing Aoife to play a perfect through ball to Nicole who was brought down for a penalty. Up stepped Zara Lawless who slotted home the penalty to ensure Lucan marched on in to the final.

St. Mary’s pulled one back towards the end with concentration clearly now on the upcoming final. It has been a long time since the Lucan CC senior girls have made a final with Emma Fallon’s mother being on the last team to reach that phase. They came out winners that time. Can this team and Emma repeat the feat of her mother and that team? Kevin Keegan believes so… and he would love it if we beat them!