Case(s) of Chickenpox in Lucan Community College (May 7th) 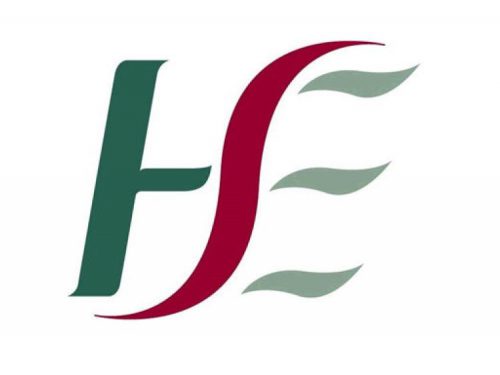 There has been an identified case(s) of Chicken Pox in Lucan Community College and your child may have been exposed.

Chickenpox  is a mild and common childhood illness that most children catch at some point.

It causes a rash of red, itchy spots that turn into fluid-filled blisters. They then crust over to form scabs, which eventually drop off.

Some children have only a few spots, but in others they can cover the entire body. The spots are most likely to appear on the face, ears and scalp, under the arms, on the chest and stomach and on the arms and legs.

Chickenpox (medically known as varicella) is caused by a virus called the varicella-zoster virus. It’s spread quickly and easily through the coughs and sneezes of someone who is infected.

Children usually catch chickenpox in winter and spring, particularly between March and May.

To prevent spreading the infection, keep children off nursery or school until all the spots have crusted over.

Chickenpox is most infectious from one to two days before the rash starts, until all the blisters have crusted over (usually five to six days after the start of the rash).

If your child has chickenpox, try to keep them away from public areas to avoid contact with people who have not had it, especially people who are at risk of serious problems, such as newborn babies, pregnant women and anyone with a weakened immune system (for example, people having cancer treatment or taking steroid tablets).

Chickenpox in children is considered a mild illness, but expect your child to feel pretty miserable and irritable while they have it.

Your child is likely to have a fever at least for the first few days of the illness. The spots can be incredibly itchy.

There is no specific treatment for chickenpox, but there are pharmacy remedies which can alleviate symptoms, such as paracetamol to relieve fever and calamine lotion and cooling gels to ease itching.

In most children, the blisters crust up and fall off naturally within one to two weeks.

When to see a doctor

For most children, chickenpox is a mild illness that gets better on its own.

But some children can become more seriously ill with chickenpox. They need to see a doctor.

Contact your GP straight away if your child develops any abnormal symptoms, for example:

Chickenpox may be a childhood illness, but adults can get it too. Chickenpox tends to be more severe in adults than children, and adults have a higher risk of developing complications.

As with children, adults with chickenpox should stay off work until all the spots have crusted over. They should seek medical advice if they develop any abnormal symptoms, such as infected blisters.

Adults with chickenpox may benefit from taking antiviral medicine if treatment is started early in the course of the illness.

Some children and adults are at special risk of serious problems if they catch chickenpox. They include:

These people should seek medical advice as soon as they are exposed to the chickenpox virus or they develop chickenpox symptoms.

They may need a blood test to check if they are immune (protected from) chickenpox.

Chickenpox occurs in approximately three in every 1,000 pregnancies. It can cause serious complications for both the pregnant woman and her baby.

One you have had chickenpox, you usually develop antibodies to the infection and become immune to catching it again. However, the virus that causes chickenpox, the varicella virus, remains dormant (inactive) in your body’s nerve tissues and can return later in life as an illness called shingles.

It is possible to catch chickenpox from someone with shingles, but not the other way around.

The most commonly recognised chickenpox symptom is a red rash that can cover the entire body.

However, even before the rash appears, you or your child may have some mild flu-like symptoms, including:

These flu-like symptoms, especially the fever, tend to be worse in adults than in children.

Soon after the flu-like symptoms, an itchy rash appears. Some children and adults may only have a few spots, but others are covered from head to toe.

The spots normally appear in clusters and tend to be:

But the spots can be anywhere on the body, even inside the ears and mouth, on the palms of the hands, soles of the feet and inside the nappy area.

Although the rash starts as small, itchy red spots, after about 12-14 hours the spots develop a blister on top and become intensely itchy.

After a day or two, the fluid in the blisters gets cloudy and they begin to dry out and crust over.

After one to two weeks, the crusting skin will fall off naturally.

New spots can keep appearing in waves for three to five days after the rash begins. Therefore different clusters of spots may be at different stages of blistering or drying out.