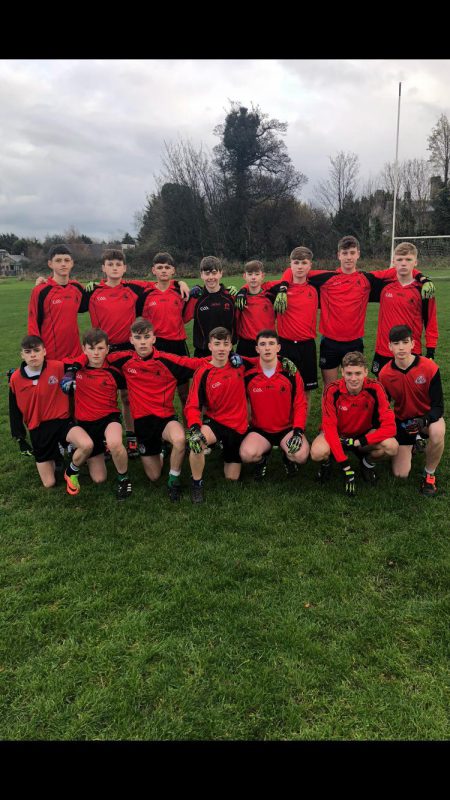 Lucan CC under 16 Gaelic footballers advanced to a semi final meeting with Blackrock College after a comprehensive victory over a gallant Lusk CC side.

From the first whistle,Lucan forwards Luke Curran,Jack Lawlor and Paul Tuite were causing untold damage to the Lusk rearguard and Lucan had a half time lead of 4-7 to 2-5.

Lusk came roaring out of the blocks in the second half and scored 1-3 unanswered but soon after Lucan’s defence tightened up and scores from Jack Lawlor and Luke Curran again extended Lucan’s lead and the lads pushed on in the final 15 mins to record a hugely impressive 11 point victory.