By Stephen Brett in Extra-curricular, News on November 22, 2018. 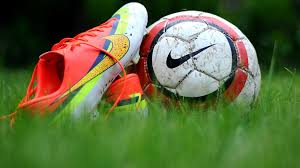 One of the great modern Premier League quotes questions if teams ‘can do it on a cold rainy night in Stoke’? Although not Stoke, our girls senior soccer team showed that they have the ability to play attractive, attacking football in all conditions as they ran out 10-1 winners on a cold, rainy morning in Lucan over local rivals Adamstown CC.

The girls got off to the best possible start as Nicole Smyth put the team 1-0 up inside the first few minutes. It wasn’t long until Nicole added to her tally as she netted a hat-trick in the first half and added 1 more in the second, not be outdone by Katie O’Connor who also secured a hat-trick for herself.

Many more chances came our way, yet the Adamstown goalkeeper made save after save to keep the scoreline down alongside some last ditch tackles from their defence. Despite this, our side finished the 1st half 6-0 up after Clodagh McDonnell scored right before half time.

The midfield was expertly marshalled by Emma Fallon who broke down numerous Adamstown attacks and provided the defensive nous that allowed the strikers and wingers freedom to express themselves. Her driving run and drilled effort in the second half was saved but fell kindly to Jessica Power who stuck the ball in the back of the net.

Although Adamstown pulled one back, Zara Lawless scored to bring her tally to 3 goals in 2 games from centre back.

The girls go again on Friday as they face off against fierce rivals St. Joseph’s College and hope to make it 3 wins from 3 this season.