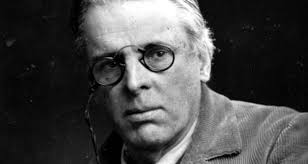 This week’s literacy quote comes from the English Department. They have chosen a quote from the famous Irish poet William Butler Yeats.

“Education is not the filling of a pail, but the lighting of a fire.” W. B. Yeats

Yeats helped to found the Abbey Theatre, which remains Ireland’s foremost theatre for stage productions. He was also a school inspector and in his later years served as an Irish Senator for two terms.

The English department have also included a second quote from Plutarch that supports the sentiments expressed by W. B. Yeats.

“The mind is not a vessel to be filled, but a fire to be kindled.”  Plutarch