By Stephen Brett in Extra-curricular, News, Uncategorized on January 24, 2018. 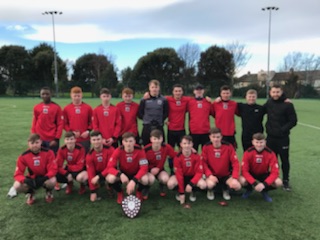 Lucan dominated the game from the off and put their opponents to the sword with a supremely competent and confident display. 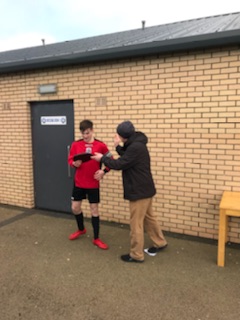 Man of the match, captain Daniel Grant put in yet another standout performance of a hallmark year for the senior side with a 4 goal haul.

He was joined on the scoresheet by Jake McEntee and Amos Nohilly.

The final outcome of the game was down to more than just the scorers, secured instead by a committed performance by all players in Lucan colours.

Well done to the whole team and in particular to their dedicated and hard-working coach, Mr. O’Gorman.