By Stephen Brett in Extra-curricular on November 6, 2017. 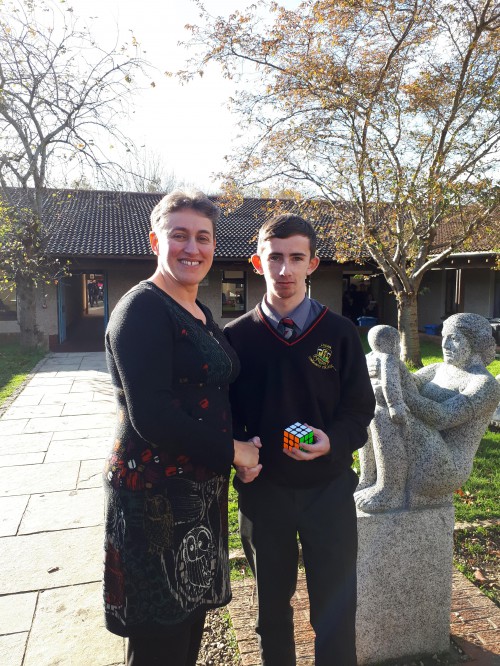 Over the past few years Ciarán has competed at the highest levels with the Rubik’s Cube and has been crowned Irish national champion for the past three successive years.

He also competed at the World and European Championships, finishing an incredible 27th and 17th place respectively .

Ciarán’s overall record with the Rubik’s Cube is particularly impressive. He has amassed 54 gold medals, 35 silver medals and 28 bronze medals over the last few years.

The entire school community wishes Ciarán continued success this year as he juggles his studies for his Leaving Certificate with his talent at the Rubik’s Cube.