By Stephen Brett in Educational visits on November 24, 2017. 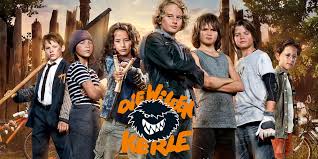 It has been an exciting week for our language department and their students with an educational cinema trip taking place.

Despite the miserable weather that day all students made it to the cinema on time with their German Teachers and Year Head. The student enjoyed the film so much all gave a massive round of applause at the end to show their appreciation.

The next exciting event will see the first year French students attend their own film on the 20th of December. This event had to be rearranged due to technical difficulties in the Irish Film Institute.

Thanks to Ms Cormac, Inion Ni Bhriain, Ms Clarke and Ms Twyford for organizing and supervising the event.