Home » Uncategorized » Amnesty Sleep Out to Raise Awareness of Homelessness

Amnesty Sleep Out to Raise Awareness of Homelessness 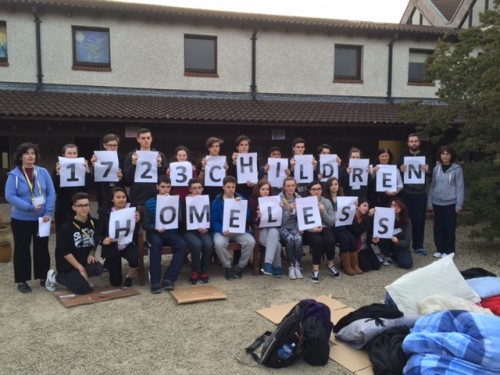 The Lucan Community College Amnesty “Sleep Out” on Friday May 6th was a great success. 29 students and teachers slept overnight in the courtyard of the school to experience what sleeping rough feels like and to raise awareness about homelessness among children in Ireland. The students also raised funds for Amnesty International.

The aim of the Sleep Out was to draw attention to child and youth homelessness across Dublin and Ireland. There are currently 1,723 homeless children living in Dublin, a 90% increase since our Sleep Out last year (New figures from last week). 75% of these children are under the age of 8 and 13% of all homeless children in Dublin live in the Lucan/Clondakin area area (Irish Times, February 2016). This was especially important to the students, as people in our local and school communities have personal experience of the homelessness crisis.

The Sleep Out began on Friday evening at 8 pm. Students dispersed themselves around the courtyard with cardboard, blankets, and their sleeping bags. Each student received an identity card for the night that gave them an age, cause of homelessness, and place of accommodation based on the experiences of real homeless people. The aim of the identification cards was to inform them about the different faces, struggles, and experiences of homelessness that people go through. 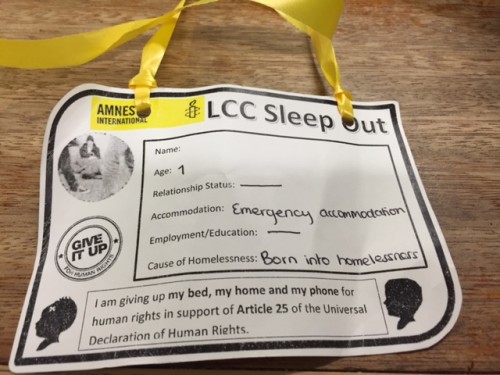 Local politicians were invited to the event but couldn’t attend due to the negotiations going on in the Dáil. Students instead debated the homeless crisis amongst themselves and discussed possible solutions. The students also gave up their access to technology for the night as part of Amnesty International’s ”Give It Up” campaign.

The night certainly took a toll on the students, especially when it began to rain and they had to relocate to a sheltered area of the courtyard. They found it near impossible to sleep on the cold, hard ground in unpredictable weather and many were more worn out than rested by the time morning came around. ”It was an exhausting experience, I felt very unsafe”said one TY student. They certainly gained an insight into sleeping rough. ”I couldn’t imagine doing it every day” said another TY student and ”I believe that more people would feel compas

sion towards the homeless if they experienced sleeping rough for just one night.” The Sleep Out ended at 9 am and the students received a light breakfast before they went home. 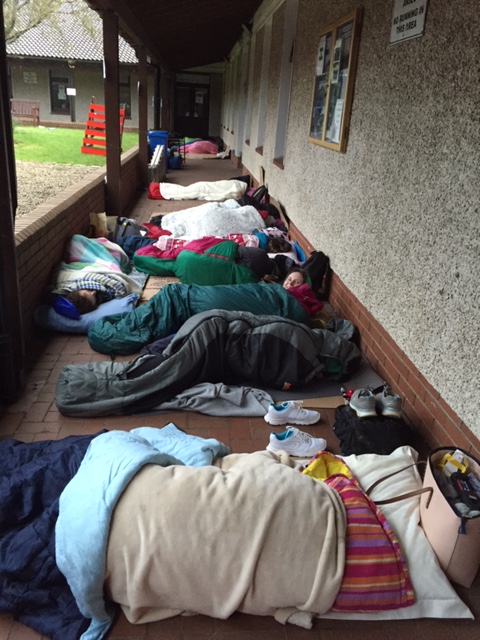 The Amnesty group , as well as the 1st – 5th year religion classes, were also involved in creating an art display of the silhouettes of all 1,723 homeless children in Dublin to draw attention to the crisis and put the number of children into perspective. This was successfully unveiled on Friday afternoon, attracting a lot of attention and questions from the other students in the school. 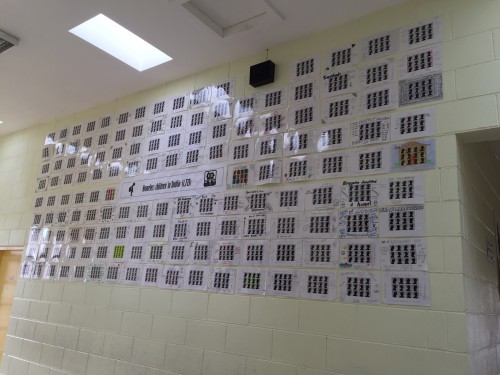 Overall, Friday was a great success in terms of raising awareness about the homeless crisis. Those who participated in the Sleep Out will never forget the strain and uncertainty of sleeping rough and hope their experiences will encourage others to be more aware of the struggles that homeless people regularly face. 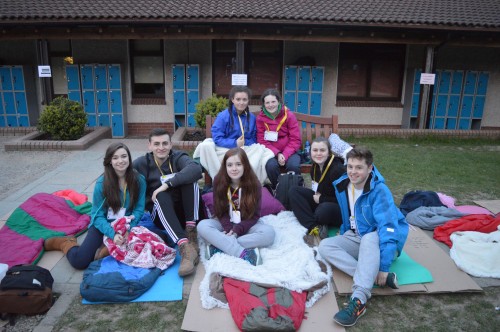 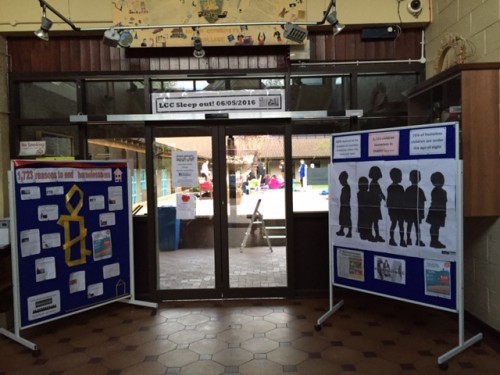 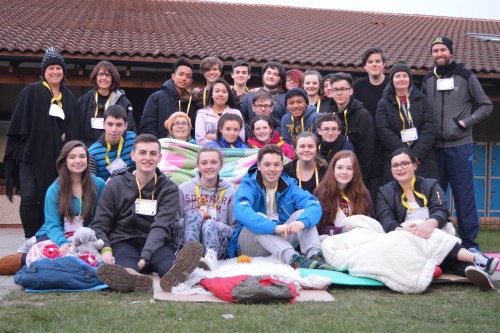 ← Parent/Guardian Summer Newsletter Postcards for Equality for all! →