By Diane Birnie in Educational visits, Technology on May 6, 2015. 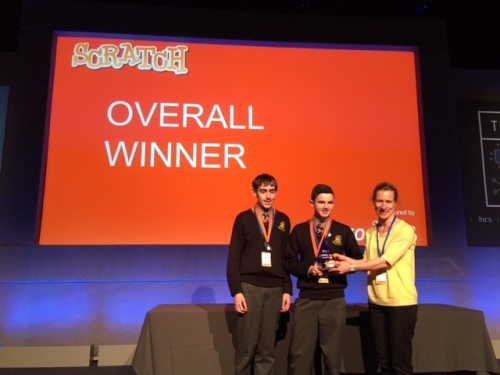 We were delighted when 2nd year students Darragh Bacon and Oisín O’Sullivan were awarded the Overall Best Project trophy in the national Scratch Programming Competition for 2015 with their project “Return to… Forest of the Dead” recently. This year there were over 800 entries to the competition with only 25 qualifying for the finals (two of which were from Lucan Community College). The 25 finalists were required to make a poster about their game/animation and to present it to judges and members of the public in the Dublin Castle Printworks Conference Centre on 30/4/15 as part of Techweek. Both the winning project and Conall Tuohy’s project “Adventure Quest” were very well received by visitors to their stands.

Scratch is a computer programming language used to create games and animations. It is a fun way to be introduced to coding and the IT industry. The user can create their project by connecting a variety of “blocks” together to get the desired outcome. The National Scratch Competition was started in 2010 as a way of encouraging young people to get involved in coding. Since then it has run annually and is growing in popularity to this day. The competition is open to schools and “coderdojos” (which are independent voluntary-run coding clubs) around the country.

Thanks to Ms McCarthy and Ms Gaffney for their support for the students throughout the year in Scratch Club. The projects can be viewed on http://www.scratch.ie/competition with a video showing the different events of Techweek here. 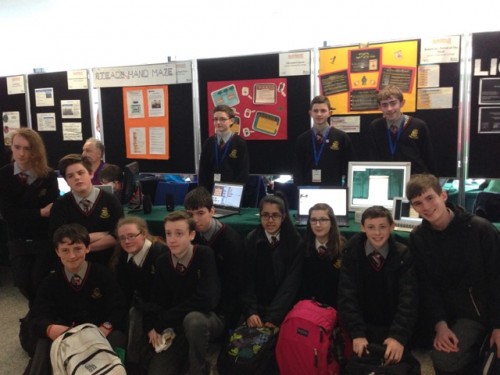