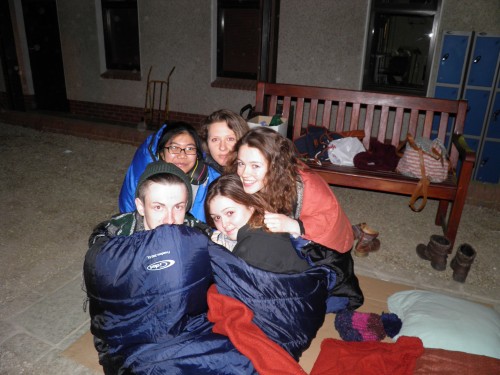 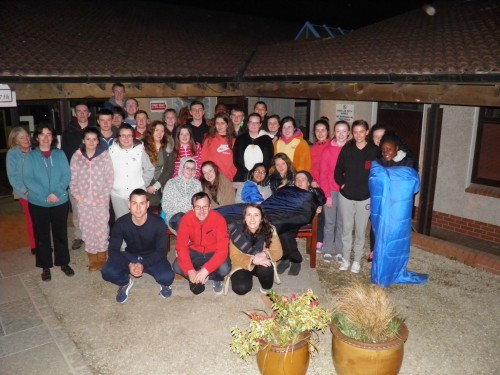 The Lucan Community College Amnesty group had a successful sleep out on Friday 17th April. Thirty two students, composed of transition years and fifth years, slept outside in the school’s courtyard to raise awareness for the issue of homelessness. They were visited by TDs Robert Dowds and Derek Keating, who each gave talks about their experience in working with the homeless. The students raised questions with the TDs. In particular, Blanaid Smyth asked about the mental health of people who are or were once homeless. She asked Derek Keating ” Why is counselling not being offered to people who have obviously gone through an exceptionally hard time?” Ruby Lawlor questioned the lack of housing for the homeless and why there is not enough being done to improve the crisis. The group was promised that these questions would all be raised in the Dáil at the next possible opportunity.

The students were dispersed around the courtyard in small groups to give them a somewhat realistic image of what being homeless is like. Some students used cardboard to sleep on whilst others slept on the cold hard ground. All the students used sleeping bags and pillows but were still freezing from the bitter wind. Although the participants all wore multiple layers many still felt under dressed. David Gartland said “If I had known it would be this cold I would’ve worn more socks!”

The sleep out event not only made the students involved more conscious of the struggles of sleeping rough, but it also made the school as a whole more aware. First year’s S.P.H.E. classes and fourth year tutorials were used to educate students on the issue of homelessness with classes facilitated by members of the amnesty group. There were also educational posters put up around the school highlighting the issue.

Returning to school the following Monday, it’s evident the impact that the event has had on all the students. None of them feels the same way about the topic of homelessness and everyone wishes to continue the fight for this basic human right. Our thanks to Ms McCarthy, Ms O’Gara and the teachers who participated in the sleep-out. 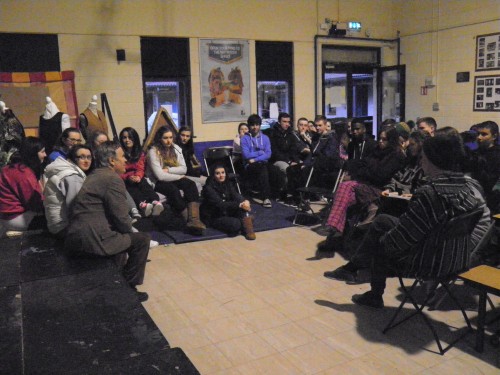 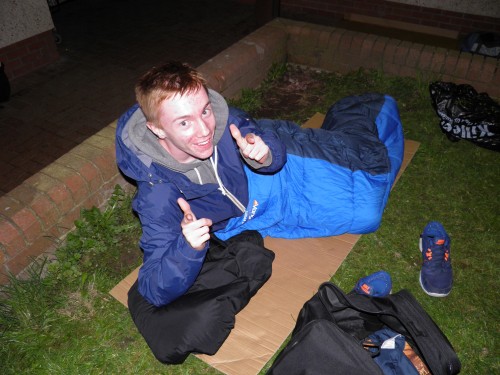